time to push the pixels 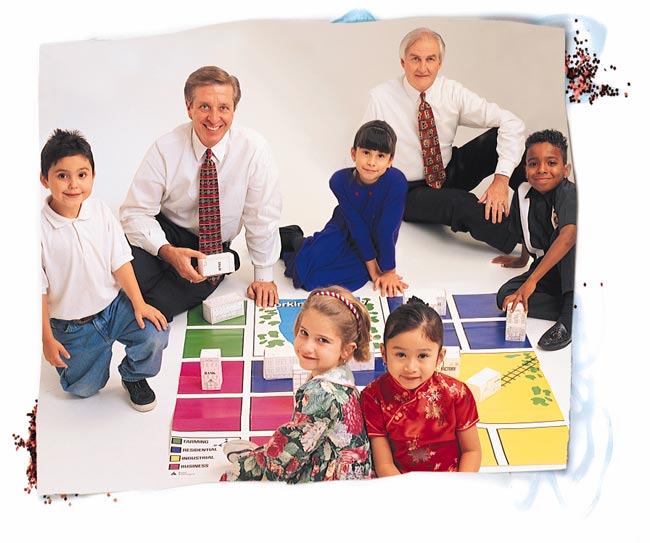 The layout of the 1996 JA report called for a photo of the President and the Chairman of JA Southeast Texas shown together with a group of children. Jerry Mutchler, the president, was able to make it to the photo shoot. Unfortunately, Chairman H. John Riley did not make it to the same studio session with his colleague due to scheduling conflicts.

There was no opportunity to set up another shoot that could include everyone, so I had to take a photo of Mr. Riley and composite it with another image of Mr. Mutchler to create the group photo below.

In Retouching Before / After

Igloo | Coolers in the Park with Seurat